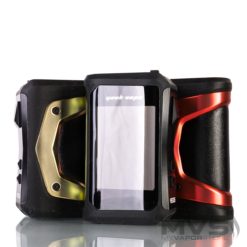 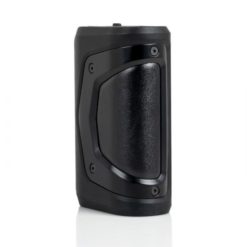 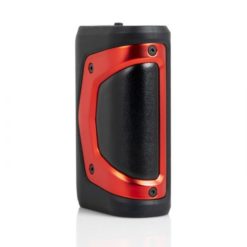 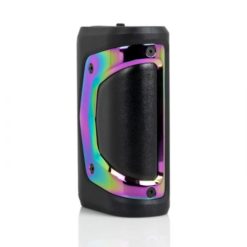 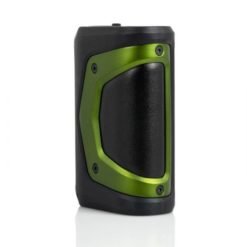 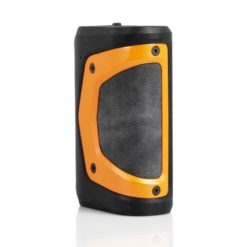 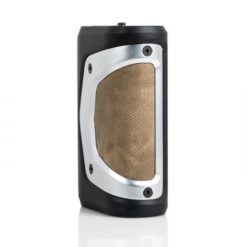 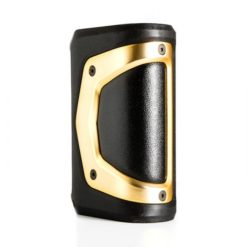 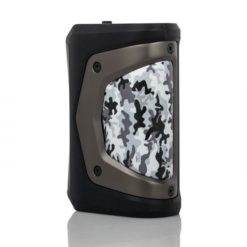 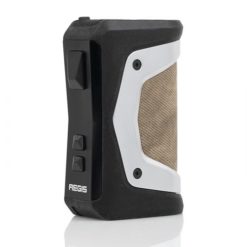 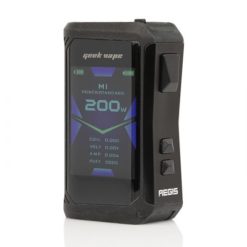 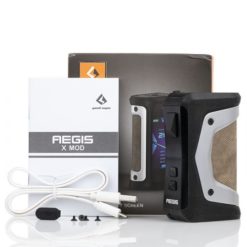 The Geek Vape Aegis X Box Mod is powered by dual high amp 18650 batteries and features a IP67 international protection. In addition, it’s equipped with a comprehensive temperature control suite to suit the preferences of the user. The Geek Vape AEGIS X Box Mod is crafted from durable zinc-alloy. Therefore, offering improved chassis strength and a visually striking exterior. Working in conjunction with the AS 2.0 chipset within. The Aegis is constructed in a manner that prevents dust, water, falls and drops from affecting the functionality. The IP67 designation is highly sought after and in other words makes this a rugged and durable mod. Furthermore, the Aegis X Mod utilizes a temperature control suite, unlocking the ability to use nickel, titanium, or stainless steel wires with ease.

Please advise some products such as e-juice, coils, cartridges, drip drips, and batteries do not include a manufacture warranty and all sales for these items are final. Other products such as vape bling may only be exchanged for the exact same item if it is defective and may not be returned as they are custom made. To verify if this product includes a manufacture warranty and for more information regarding warranties and returns for this and other products we carry, please visit our Warranty and Returns page prior to placing an order.

this is my 3rd mod of this, the other 2 still working, just replaced to have a new one. only issue is sometimes it wont turn on and you have to remove and replace the batteries or give a small smack to turn on (this has happened on all 2 old models i have previously have)

Came D. O. A!!! not surprising considering Every geek vape mod I've ever had has been trash! They all do the same thing. They are great, until their not. They all either work fine for about three months (always conveniently until right after the warranty is up) then one day. I'll set it down and when I pick it up it's just dead, (no fall no damage just dies) or like everyyyyy geekvape mod, it'll do the battery flip flop. Only senses one battery, battery protection, gotta take them out flip them around nine times. It's ridiculous. It's not like one or two are faulty. EVERY. SINGLE. ONE. And I've owned about 10
Not to mention, whyyyy tfffffff would they continueeee to put a micro USB first off. But a micro USB In. A "waterproof mod" DIRECTLY UNDER THE LEAKY POS TANK?!?! So take a waterproof mod and put the only point that's not waterproof, directly on top so it has nowhere to ho but down and through the entire inside of the mod. The whole thing

Lile wtffffff?! That's a horrible design flaw, but that should be like a first-generation design flaw like you do it once and then you realize what you did and you change it for every generation there after that's not something that they continue to do over and over and over for the next 10 mods that they make it's absolutely ridiculous and stupid everything about this Mod is trash !!! Everything about geek vape in general is trash! Poorly made Chinese trashhhhh

The Geek Vape Aegis X 200W TC Mod, is awesome! Light weight, fancy and good looking! This is my second one and I love these products! Great price too!

Had the legend 200w before wire went out and short my battery's this Zeus has been fantastic so far only downside still using the bad latch system.

Yes, yes, yes Geek Vape did it again! This Mod is awesome, strong and Well build. I know it will last for more than a year with me